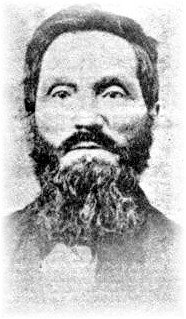 In his Christian Unity and Christian Diversity Oxford professor John Macquarrie argues that diversity is just as essential as unity to the well-being of the Christian church.

'To combine unity with freedom is a very difficult task, and the temptations to uniformity are very great... A stark unity freezes the church and inhibits development. A sheer diversity would dissipate the church and cause her to disappear. Only unity and diversity together can be fruitful.'

G.K.Chesterton wrote somewhere that "All heresy is a narrowing down unduly of what is essentially a complex reality. Each part of the church needs the other parts."

What binds us together as Christians is not the 'purity' of our doctrinal viewpoint, nor the way we worship and serve the Lord, but our common allegiance to Jesus as Lord, and our being children of the same Father, united by the same Spirit.

I commenced this series of messages over two months ago, intending to write about the people and movements which influenced John Thomas and the early Believers in the formulation of Christadelphian doctrine.

I put this 'on hold' for a couple of months for two reasons:

Peter Hemingray's book arrived, coincidentally, soon after I returned home from visiting the archives of the Atlanta Bible College. It is an excellent, well-researched, interesting work and adds some valuable information not found in the earlier biographies of John Thomas. It confirms that I've been on the right track about the development of John Thomas's views and the reasons for his split from some of his 'friends'.

In the next few posts I plan to briefly summarise some of the main influences on the formation of John Thomas's views. It will show that John Thomas was part of a broader movement of believers who had been trying to restore first century Christianity and, in the process, 'discovered' the truth about the Trinity, the mortality of the soul, and the coming kingdom of God. John Thomas did not start this movement. He was not the 'discoverer' of any of these beliefs. He was part of a movement. For some reason he choose to break from the movement and the people whose ideas he had learned and start his own denomination. I also hope to explore some of the reasons why he did this and why 'Christadelphianism' came into being as a seperate denomination.

See the link below for breaking news supporting the authenticity of the James Ossuary inscription.

The ossuary inscribed "James, son of Joseph, brother of Jesus" has recently been studied by Professor Wolfgang E. Krumbein, a world-renowned authority. He has reached startling conclusions that will change the debate over this highly controversial artifact. Israeli antiquities collector Oded Golan is currently being tried in criminal court for forging the now-famous James ossuary inscription ("James, son of Joseph, brother of Jesus"). This new report by a leading German scientist, however, may blow the case out of the water.
Posted by Steve at 9:52 am No comments:

The first Christadelphians and the causes of disunity

Earlier in the week I came across volume 1 of Edward Turney's magazine The Christadelphian Lamp, published in 1874 - the year after Robert Roberts disfellowshipped him and his supporters.

A letter to the editor from Samuel Coffman, (one of the brethren for whom John Thomas coined the name 'Christadelphian' so they could claim exemption from military service as members of a denomination of conscientious objectors) caught my eye. He refers to the views on the sacrifice of Christ being promulgated by Robert Roberts, and the 'considerable private discussions' he had had with Dr Thomas prior to his death, and complained of the tyrannical and suppressive spirit on the part of Roberts.

Within 10 years of the name 'Christadelphian' being chosen for the new denomination, and only two or three years after Dr Thomas' death, it seems that Roberts was foisting on the brotherhood his own new interpretation of the atonement with a 'condemned Christ' and making acceptance of it a condition for fellowship.

Letters and articles from Samuel and John Coffman which appeared in The Christadelphian Lamp show that these 'first Christadelphians' sided with Edward Turney and the Suffolk Street fellowship in opposing both Roberts' authoritarianism and his peculiar explanation of the atonement. One wonders how different the denomination would have been if the advice of one of these first Christadelphians to 'lay aside prejudices and extremes' had been heeded.
Posted by Steve at 11:44 am No comments: